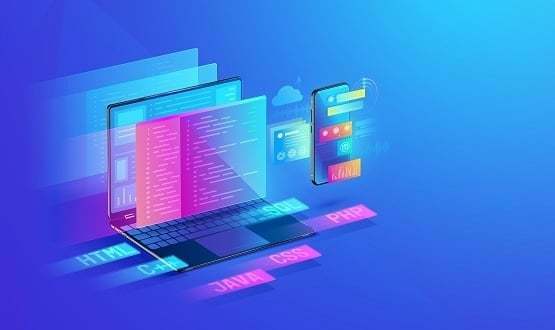 A Networks debate on the Federated Data Platform

Following the announcement that NHS England is to develop a national data platform to help transform and improve the way the health service operates, Digital Health hosted a Networks debate on the subject. Hannah Crouch reports.

In April 2022 a notice was published which revealed that NHS England was looking to develop a Federated Data Platform to help create “an ecosystem of technologies and services implemented across the NHS in England”.

Several months on and little information about the platform has been made publicly available, other than the £360million price tag attached to it.

In August 2022, Digital Health hosted its first Networks debate on the Federated Data Platform and invited members of the Networks along with other key figures to take part.

Issues surrounding data privacy and who gets access to what was spoken about at length. For Dr Jorge Cardoso, chief technology officer at London Medical Imaging and AI Centre for Value-based Healthcare, having a national health data platform will “allow more and better data to be used throughout the country”.

“I think what is interesting about this [the Federated Data Platform] is that it is all about data and data privacy and how do we build the right infrastructure that gives people the confidence that the data is going to be used appropriately and that everything is being tracked and logged and audited so that we can make sure that this data is only used by the people that should be using it,” he added.

Sticking with the theme of confidence in the platform, Dr Susheel Varma, who is head of artificial intelligence (AI) and data science at the Information Commissioner’s Office (ICO), stressed the importance of public engagement.

“You need to explain the entire process end to end and understanding that takes time along with engagement and continuous engagement.

Dr Varma also urged for transparency and openness during the process.

“Every platform that you’re building, the procurement process needs to be transparent open to the public so we can bring them along for the journey,” he added.

Questions on timing and PR

For those on the panel who come from the provider side of things, there were questions raised about the timing and whether the platform could become a “PR issue”.

Will Brailsford, who is an advanced intelligence analyst for Wales’ Collaborative Health Intelligence Service (CHIS), agreed “in principle” with the idea of a Federated Data Platform, adding that benefits can include population health management and helping to train AI.

“I do question the timing of the FDP,” he added.

“We’re in a difficult period coming out of the pandemic, with the cost-of-living crisis and I don’t necessarily see the development of centralised data sources and necessary investment when front-line services are struggling as much as they are.

“There is a need, I really do think so, I just question the timing somewhat.”

“There is perhaps a PR issue around this and linking back to the timing, certainly people are very sensitive about data and privacy, there is still a public relations issue around it,” she said.

“The other piece I reflected on was the financial burden, there are still trusts out that that can’t run yet and do not have a fully paperless environment.

“We may be underestimating the huge task here. You can’t close your eyes to the amount of money that been put in the paper for this platform, we are looking at potential strikes on the front line and it doesn’t play well for them to be told there is no money, but we have all this money for something of this magnitude.

“I am not discounting that the idea isn’t right, I am just not sure the timing is good.”

In response to concerns raised about costs, NHS England and Improvement’s chief data and analytics officer, Ming Tang, stressed that the money for the platform has already been allocated.

“From a timing perspective, we’ve just gone through the outline business case and it has been approved by the secretary of state,” she told the audience.

“The money was allocated as part of the 2022 spending review, we – like everybody else – had big chunks of that cut off, so we’re not safe from cuts at all but we have profiled it differently and we ended up giving back about £16million this year.

Tang also went on to explain the procurement process which included some draft timelines. This includes the contract notice going out for tender in early September which will then be followed by screening process where potential suppliers will be asked to take part in a proof-of-concept test. Final bids are expected in January with a contract award pencilled in for Spring next financial year.

“People see the big number (£360million) – that’s a lot of spend but in the context of where we are in the NHS, each ICS [Integrated Care System] were going out to tender for anything between one and five million, times that by 42 and you can see that this is actually not an expensive thing,” Tang added.

“The £360million is over five years, which is roughly £70 million per year, and has the potential to cover the whole of the NHS.”

For those working within the NHS, they want to know how the Federated Data Platform will benefit them and their organisations.

“Where would be the return on investment and where do we get the value as a trust?” McMahon argued.

“Where is the trade-off where we get to see that this is efficient, its helping us out – I’m struggling a little bit with that.”

Responding to this, Tang set out the full uses of the platform, stressing that more than an analytics tool.

“The data platform is really allowing data to be brought together for specific purposes or specific use cases.

“We’ve developed five national uses cases which are broad enough to support the things that we already do within the data platform that we hold currently – that’s things like population health, supply chain and care coordination.

“It is not about a data analytics tool, this is about creating applications and functionality to support the front line.”

She continued: “Through the pandemic, we were able to make great strides in the way that the data was used, not just in the analytics world – which was great – but actually for the front-line to reduce the administrative burden.”

Elephant in the room

The debate chair, Dr Paul Jones, who is the vice-chair of the CIO advisory panel and chief digital information office at Leeds University Teaching Hospitals NHS Trust, did not shy away from the so called “elephant in the room”, Palantir.

The US data analytics company has been heavily linked with the Federated Data Platform after it worked with the NHS on the NHS Covid-19 Data Store. However, Palantir’s involvement has raised some eyebrows across the NHS IT community.

“Palantir is one of the providers that I am sure will be bidding for this work, we’re running an open procurement which means we are making provisions to enable other companies to participate as well,” NHS England and Improvement’s Tang explained.

She continued: “If you don’t like Palantir, I guess there is a really strong feeling about Peter Thiel, he is no longer involved in the company, he has shares but he is not on the board anymore.

“There is nothing I can say that will reinforce that but it is a really good technology, we used it during Covid, we are the data controllers.

Tang also concluded the debate by stating “it is not a direct award”.